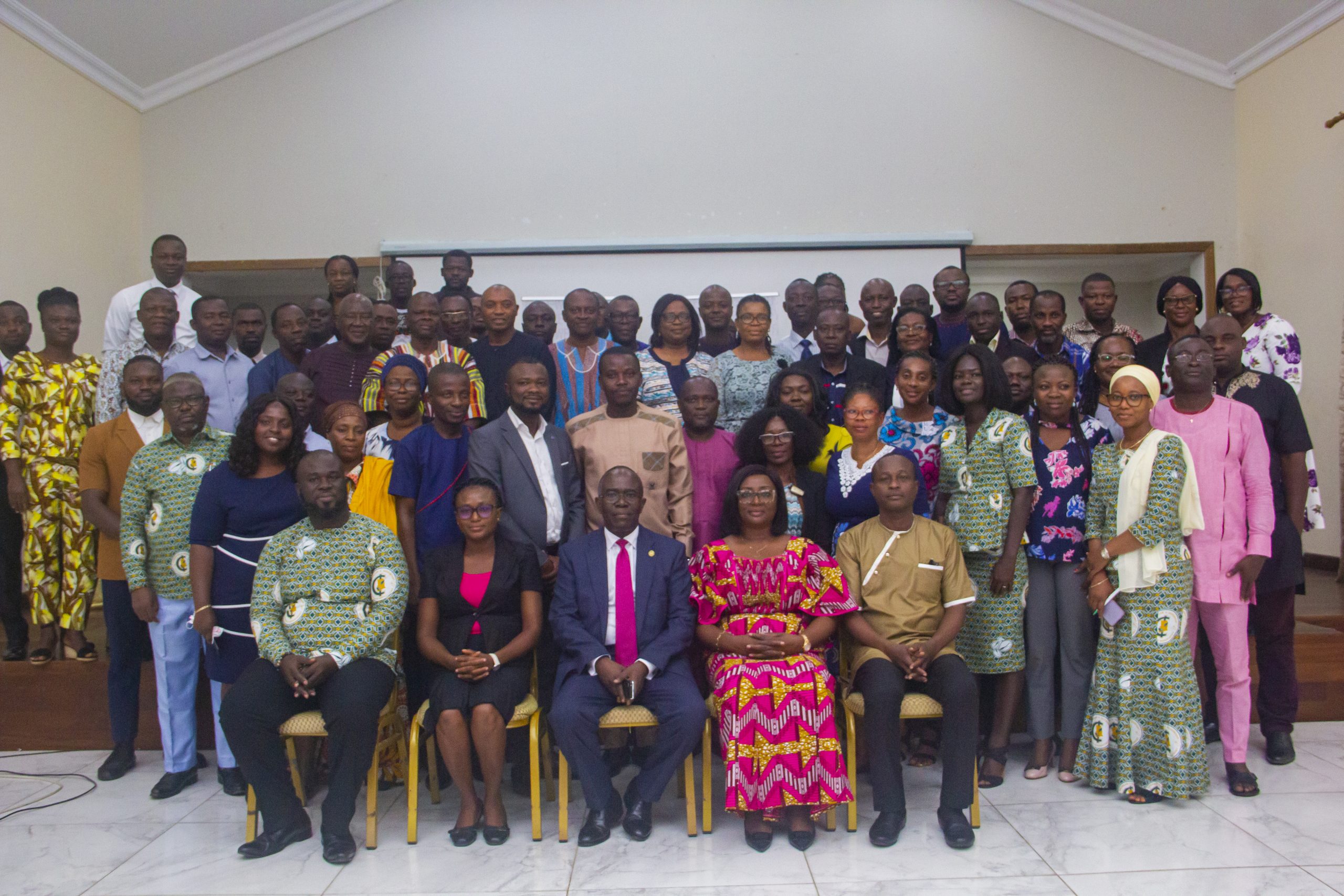 The 2022 Annual General Meeting of the Controller and Accountant-General’s Department (CAGD) Staff Welfare Scheme has been held at the Eastern Premier Hotel at Koforidua in the Eastern Region.

The Eastern Regional Director, Mr. Mustafa Ayornu welcomed delegates to the region and wished them a fruitful deliberation. The 2022 Annual General Meeting of the CAGD Welfare Scheme discussed the Operational Manual, Investment Policies as well as the adoption of a 5-year Strategic Plan.

Speaking at the opening of the meeting, the Controller and Accountant-General, Mr. Kwasi Kwaning-Bosompem indicated that over the years, management had put in place measures to facilitate the welfare needs of all staff. In view of this, the CAGD Welfare Scheme has gradually been nurtured from an Association to its current status all in a bid to serve the needs of staff, he said. He noted that in 2017, Management dissolved the Executive Committee of the Association due to inherent challenges and formed an Interim Management Committee (IMC) to manage the affairs of the Association; review its activities and come out with a constitution to serve as a guiding document. He commended the members of the IMC for the solid foundation they have laid.

Mr. Kwasi Kwaning-Bosompem commended the Management Committee for the bold initiative in the introduction of the Welfare Digital Platform. He said such initiative is in consonance with the global and national drive for digitalization.

The CAGD WELFARE SCHEME DIGITAL PLATFORM was subsequently launched by the Controller and Accountant-General, Mr. Kwasi Kwaning-Bosompem. He admonished the Committee to ensure that all staff are adequately sensitized on the use of the platform.

The DCAG (F&A), Mrs. Emelia Osei Derkyi in her address noted that it is essential to develop schemes that will not only seek the welfare of employees but also seek to improve their living standards. Hence, the Welfare Scheme has many benefits which includes serving as a morale booster for employees. She, therefore, charged members to solidify and sustain the growth of the Scheme. She concluded by urging delegates to deliberate and make key decisions for the benefit of all staff.

The Chairperson for the CAGD Welfare Scheme Management Committee, Mrs. Jennifer Tufuor in her address to delegates outlined certain activities that took place in 2021. Some of the activities included Virtual Health Talk, Health Screening at the Treasury Headquarters amongst others to promote fraternity among staff. In December, as part of measures to help ease the burden of shopping amidst traffic, the Scheme distributed shopping vouchers from Melcom Ghana Limited to all CAGD staff.

Mrs. Tufuor indicated the Scheme took interest in resolving the long outstanding issue on the certification of the CAGD Staff Land acquired in 2010 at Adjen Kotoku. She noted that the secretariat is still in the process of recovering fully the amount advanced for the purchase from some beneficiaries and specified that those who have not settled fully their obligations have been given up to the end of June 2022 to pay in full or forfeit ownership. She concluded by showing appreciation to the Governing Board, various Administrative Heads, Welfare Desk Officers and the entire staff of CAGD for their dedication, contributions and sacrifices to the Welfare Secretariat.

Mr. Kwame Boadi Danso, Director of Administration in his closing remarks commended the committee for coming up with a comprehensive, well thought out and well-documented 5-year strategic plan and investment policies. He hoped the Committee distributes the plan to all members and also ensure they are on the right path. He concluded by advising that even though the welfare is to help and support in times of distress, members must also plan effectively and consistently.

Delegates were taken through the steps of signing up, updating their personal profile, how to apply for a welfare loan and benefits on the use of the CAGD Welfare Online Portal.