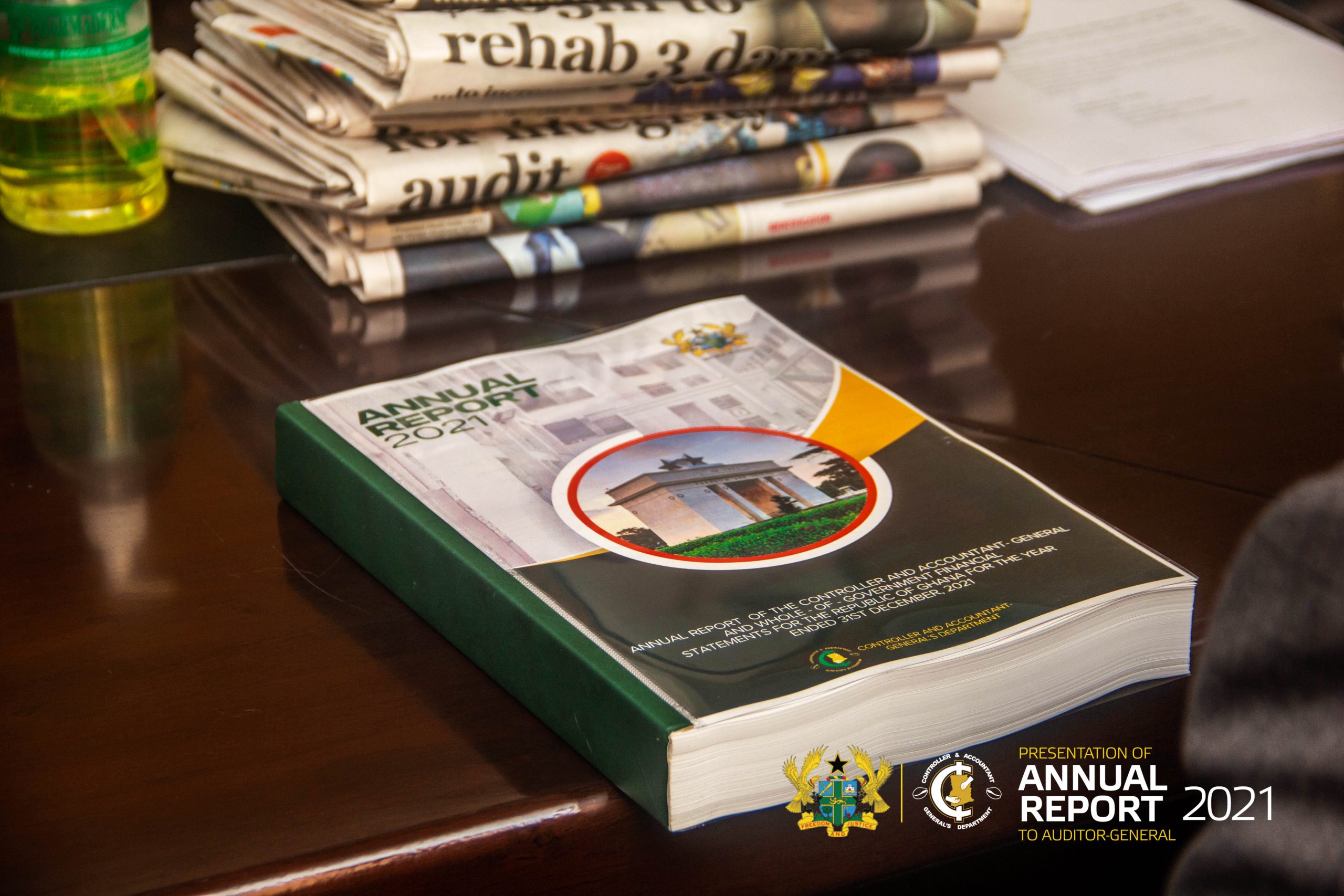 The Controller and Accountant-General Department (CAGD) in 2020, made history when for the first time, it delivered comprehensive national accounts, which covered the entire scope of public funds across the three levels of government – Central Government (CG), Local Government (LG), and Public Corporations and State-Owned Enterprises (PC & SOE).

The Controller and Accountant-General has responsibility under the Public Financial Management (PFM) Act 2016 (ACT 921) to produce consolidated National Accounts on all public funds generated and utilized across government, on quarterly and annual basis.

It wasn’t until 2020 before the CAGD was able to comprehensively cover all levels of government, dubbed ‘whole-of-government’, which now provides a much broader view of the financial performance and position of the country at a specific period in time, which is in line with the International Monetary Fund (IMF) Government Finance Statistics (GFS) classification.

The Chief Accounting Officer to the Government added that “through enhanced collaborative efforts between the CAGD and the relevant stakeholders, we have been able to achieve more coverage in the 2021 Accounts than in the 2020 Accounts.”

What this means is that Ghana has joined very few countries in the world, like the United Kingdom (UK), Canada, Sweden, Australia and New Zealand, in enhancing financial reporting at the national level.

According to data from the Controller and Accountant-General, in the 2019 Accounts, 203 out of 260 MMDAs were covered to achieve the first ever General Government Accounts for Ghana. In the 2020 Accounts, the scope was extended to cover 300 MDA Spending Units from 274 in the previous year, all the 260 MMDAs and 19 State-Owned Enterprises; producing the first ever Whole-of-Government National Accounts for the country.

Up to 2017, the National Accounts only covered the Consolidated Funds resources drawn by ministries, departments and agencies (MDAs) from the Ministry of Finance, excluding other public funds such as Internally Generated Funds (IGF), Statutory Funds and Donor Funds utilized across government. This meant that all the three levels of government were not covered in the National Accounts.

This classification of national accounts offers the opportunity for the government, citizens and other stakeholders to appreciate financial contributions of each of the three levels of government towards the overall financial performance and position of the country.

In the preparation of the 2021 Whole-of-Government Accounts, 31 out of 36 relevant IPSAS, and 1 out of 3 Recommended Practice Guides (RPG) were complied with

“It is worth noting that the CAGD submitted the Consolidated National Accounts to the Auditor General ahead of the March 31 legal deadline for three consecutive years 2019, 2020 and 2021. This created more room for the Auditor General to complete his audit and submit his report to on the consolidated National Accounts to Parliament and for publication on time,” Mr. Kwaning-Bosompem said.

Benefits of the expanded national accounts

One key benefit of the expanded National Accounts, according to Mr. Kwaning-Bosompem, is the presentation of a global picture and the opportunity for the government, citizens and other stakeholders to appreciate financial contributions of each of the three levels of Government (CG, LG and SOE) towards the overall financial performance and position of the Country.

Despite the benefits, key challenges continue to confront the preparation of the national accounts. Some of these include non-submission or late submission of financial statements by covered entities (MDAs, MMDAs and SOEs); and processing of financial transactions outside the Ghana Integrated Financial Management Information System (GIFMIS). “This makes it very difficult to collate and validate data for the national accounts.”

Another challenge he pointed out is the low commitment of public sector managers and accountants towards accounting reforms and financial reporting responsibilities, specifically on the IPSAS implementation at the entity level.

“We acknowledge the collaboration and support from the various stakeholders in the success chalked towards the expanded scope of the national accounts. We will intensify the collaborative efforts and provide necessary support to all sectors of government to deepen the current achievement. It is expected that, all principal spending officers, finance officers and other relevant public officers commit themselves to the financial reporting responsibilities under the PFM Act 2016 and the IPSAS implementation,” he noted.