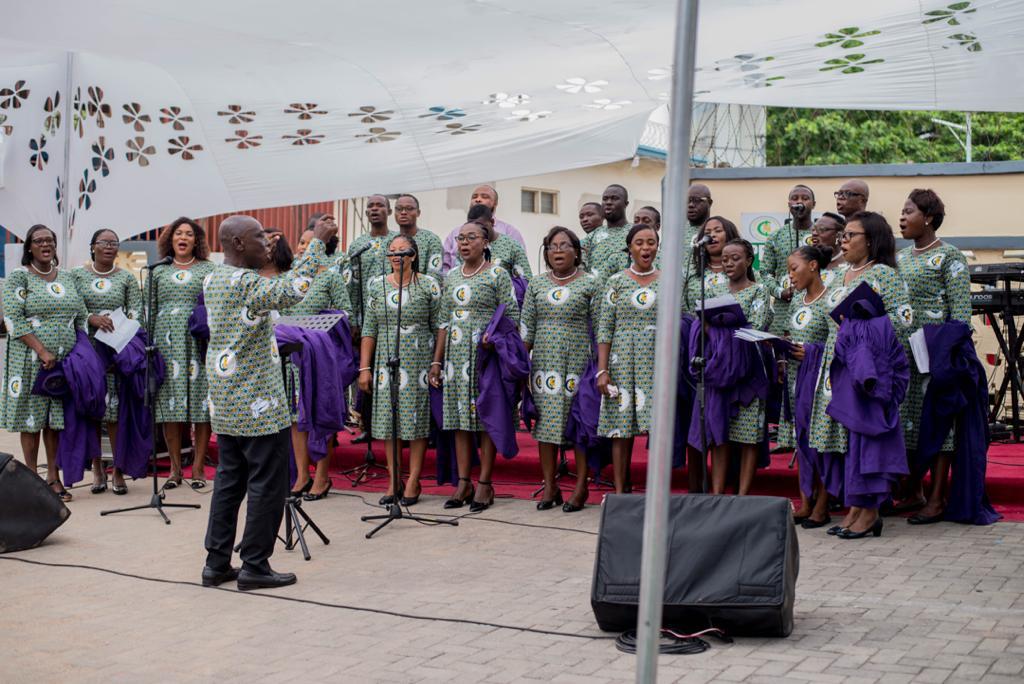 The computerized system has been introduced by government to facilitate budget preparation and execution, accounting and financial reporting, cash and assets management as well as human resource and payroll management.

But the acting Accountant General, Kwasi Kwaning-Bosompem, observed some MDAs and MMDAs have failed to fully utilize the system in performing their financial transactions.

That situation, he explained, does not augur well for the implementation of public financial management being pursued by the government.

“I wish to sound a word of caution…to all MDAs, MMDAs who have failed to use fully, the GIFMIS platform to process all financial transactions to desists from this act,” he warned.

He indicated that going forward into the new year, “we will be stern on all MDAs and MMDAs who flout this directive”.

Mr Kwaning-Bosompem gave the warning when he joined staff of the CAGD for their 2020 annual thanksgiving service and festival of nine lessons and carols in Accra on Wednesday.

He said the CAGD has been committed in supporting the implementation of public financial management systems geared towards improving transparency and fiscal discipline in the public sector.

The acting Accountant-General said 2020 was a good year for the CAGD as it managed to chalk a lot of successes in the face of COVID-19, which caused economies to fall.

“I must say that COVID-19 notwithstanding, staff have demonstrated high level of commitment and dedication to duty which ensured that the department chalked many successes,” he noted.

For the first time, he said, the National Accounts Directorate of the Department produced and transmitted to the Auditor General, the 2019 national account one clear week ahead of the schedule.

“This is a record time we don’t have to take for granted,” he stated.

The department also expanded the scope of the financial reporting to cover Internally Generated Funds, statutory funds, donor fund for MDAs and MMDAs, he said.

He said, despite the challenges posed by the outbreak of COVID-19, the department ensured that all government payments were honoured promptly, especially election related payments. Also, salaries of government workers were paid on time.

He added, “We have also reconciled pension data from 2010 to 2017 in preparation for the first batch of employees that will start enjoying pension under the new pension Act”.

Mr Kwaning-Bosompem said his outfit will continue to strive for excellent delivery consistent with its mission of providing public financial management service to the government.

The acting Accountant-General said approval has been granted by the head of Civil Service to increase the manpower ceiling of CAGD from 4,011 to 4,438.

“It tells you we have had additional 427 to expand the grades from senior accountants and above,” he announced, adding “this will create more room for the just ended promotional interview”.

More than 900 staff of the CAGD selected for promotion have gone through the processes and currently waiting for their promotional letters.

A few more, he said, are also waiting to go through interview to complete the process.

Meanwhile, Mr Kwaning-Bosompem has asked staff to be thankful to God for His mercies and protection for the year, especially when the department has not recorded a COVID-19 case.

He commended the staff for strictly adhering to the COVID-19 safety protocols.

“As a result, it is gratifying to note that the CAGD has not recorded any known case of the disease among staff. We have a lot more to be thankful for than to be sad about,” he said.

The Chief Director of the Ministry of Finance, Mr Patrick Nomo, who represented the Finance Minister, Mr Ken Ofori-Atta, thanked the CAGD staff for their hard work which he said has ensured that very critical national assignments were undertaken and on time.

He expressed support for the decision by all MDAs and MMDAs to fully use the GIFMIS system for all transactions from next year but suggested an improvement.

Mr Nomo suggested that the payroll was also processed on the GIFMIS system on a monthly basis.

“Starting from January 2021, if it is possible, let’s have the payroll posted to the GIFMIS system…if you can do that for us we will be very grateful,” he appealed.

Meanwhile, he said the system where MDAs and MMDAs use GIFMIS and then go to excel sheet to put all their report together should be a thing of the past, and accordingly, asked the CAGD to improve the system to allow users to generate their full report without excel.

“When you have compelled us to use GIFMIS, you should just stay and get all our reports. You can’t force us to use GIFMIS and then after we’ve used GIFMIS to do the transaction, we have to use excel to run our report,” he appealed.

This year’s event was used to outdoor the corporate branded cloth and T-shirt for the CAGD which will be worn by staff on Fridays and on special occasions.

Executives for the Treasury Ladies Association (TREALAS) were also inaugurated.

Previous Post Payment of Salaries and Wages – Year 2021
Next Post ACTING CONTROLLER AND ACCOUNTANT-GENERAL PAYS A COURTESY CALL ON THE COUNCIL OF STATE.