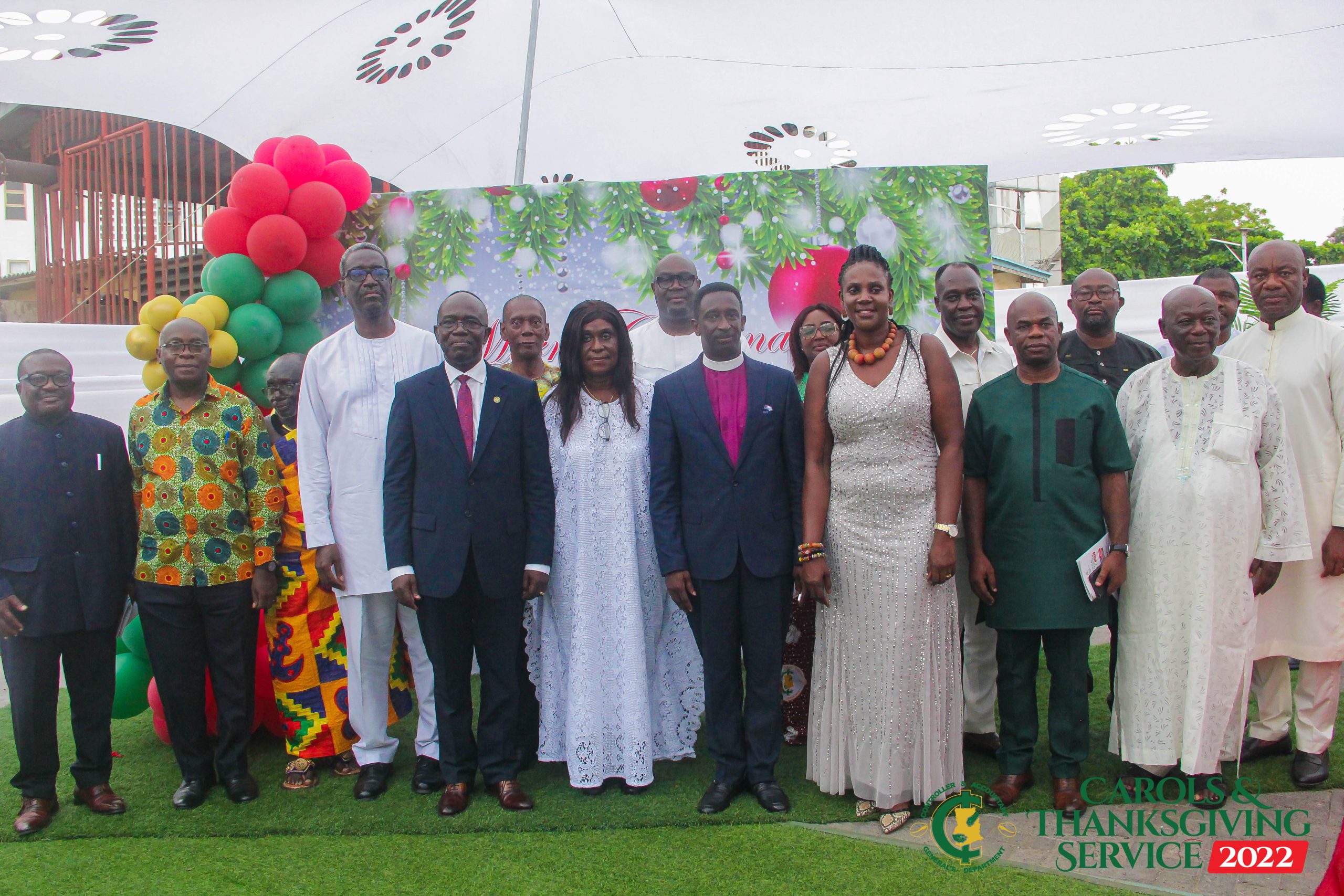 The 2022 Annual Thanksgiving Service and Nine Lessons and Carols has been held at the Treasury Head Office of the Controller and Accountant-General’s Department, Accra.  The event is held annually to round off activities of the Department for the year.

The Deputy Controller and Accountant-General in-charge of Finance and Administration, Mrs. Emelia Osei Derkyi, in her welcome address said management was grateful to staff for the effort and good work throughout the years. She echoed the need for the continuous effort towards the celebration of the annual carols and thanksgiving service, noting that the carols and thanksgiving service has become an institutionalized program of activity of the Department. As it affords us the opportunity to reflect on how gracious the Lord has been and to show our gratitude to Almighty God.

The Chairman of the Public Services Commission, Dr. Janet Ampadu-Fofie, who chaired the occasion, thanked the Controller and Accountant-General (CAG) for the invitation to chair the event. She thanked the Almighty for blessing everyone present with good health.

In his sermon, Apostle S. Amponsah-Frimpong, the General Secretary of the Christ Apostolic Church International stated that, as the three wisemen were focused on meeting the newborn king, it is important for Staff of CAGD to avoid distractions and stay focused on delivering its mandate to the Nation. He entreated staff to act with integrity so they shine as the star that led the three wisemen to the newborn king.

The Controller and Accountant-General, Mr. Kwasi Kwaning-Bosompem said despite the fiscal challenges and limited budgetary releases, staff have been relentless and committed in the discharge of their duties. He indicated that, ‘’ it is not surprising that salaries and pensions have been paid regularly and on time throughout the year”.

The main objectives of the manual is to (i)Standardize the procedures for managing Bank Accounts (ii)Eliminate delays, impersonation and fraud (iii)Ensure that accounts are not opened without the CAGs authorization.

He concluded by urging staff to be selfless in the discharge of their individual and collective duties by putting clients first, acting with integrity and embracing the various reforms the Department is pursuing.

Amongst the dignitaries who participated in the program were the former CAGs; Mr. Christian T. Sottie and Mr. Raphael K. Tufuor as well as the former DCAGs; Mr. Ntim Amponsah, Dr. Hayford Baah-Adade, Mr. M.E.D. Gyamfi, Mr. Samuel Aryee and Mr. Sampson Asare Fianko. Also present at the event were the Head of Service, Nana Kwasi Agyekum Dwamena and the Officer in – charge of the Ministries Fire Service, DO 1 Faustina Nelson Aseidu. The Treasury Choir, the Military Band and Freddy Kadri were there to entertain the crowd to some praises and melodious songs.