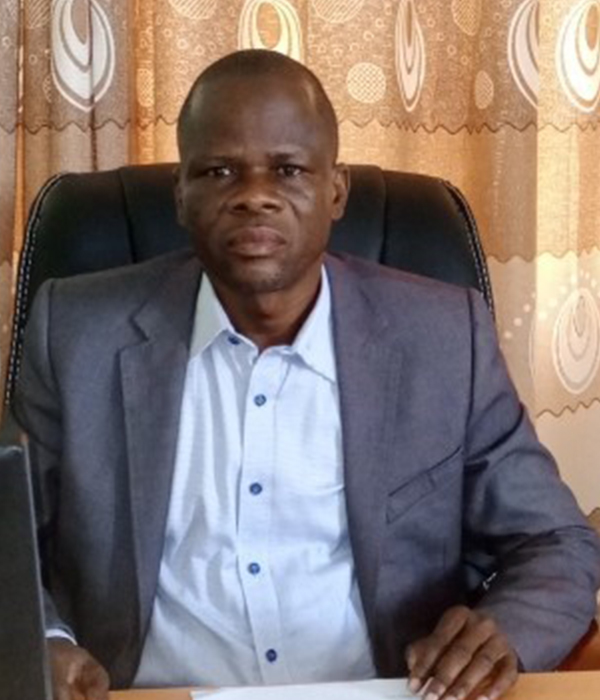 Mr. Richard A. Akolgo is a Chartered Accountant with 14 years post qualification experience working at various institutions of the public sector. He obtained his professional qualification in May, 2008. He was employed at the Controller and Accountant-General’s Department in 2010 as a Principal Accountant and subsequently promoted to the grade of Chief Accountant in 2017.

He is currently the Regional Director, CAGD, Bono East Region, Nalerigu. Mr. Akolgo is a principled man and has good interpersonal relationship with his staff. He has the ability to work under all conditions and with minimum or no supervision. This has enabled him to start and put in operation a functioning Regional Directorate without orientation. He is also analytical, reliable, efficient and effective. He is result-oriented, motivated and has the knack for meeting deadlines. He is a team player, a coach and a facilitator.

Mr. Richard A. Akolgo is a Christian and is married with children.

Mr. Richard A. Akolgo is a member of the Institute of Chartered Accountants, Ghana (ICAG). He also holds a Chartered Diploma is Treasury and Risk Management from ICAG, a Commonwealth Executive Masters in Business Administration (CEMBA) Degree from the Kwame Nkrumah University of Science and Technology, Kumasi and Bachelor of Commerce (BCom) Degree from the University of Cape Coast.

Mr. Richard A. Akolgo has a modest employment history. He started work as a professional teacher with the Ghana Education Service from 1994 to 2003. He in Yelwoko JHS and Tamale Senior High School (TAMASCO). In line with his love for teaching, he was also a part-time tutor with the University of Cape Coast Distance Education where he taught Financial Accounting, Cost Accounting and Quantitative Techniques.

FUNCTIONS OF THE REGIONAL DIRECTORATE

The major objective of the Directorate is to supervise the execution of administrative directives of the Controller and Accountant-General and to provide highly specialized financial and accountancy services to covered entities in the region.

North East Region is one the six newly created regions in Ghana. North East Region was created by Constitutional Instrument (C.I) 116 on 12th February, 2019 following overwhelming ‘YES’ votes in a referendum held on 27th December, 2018 for the creation of new regions. It was inaugurated on 7th May, 2019.

North East Region has six (6) administrative districts as listed below:

The region has land mass of about 10,484.95km sq. and a total population of about 549,540 (GSS, HPS 2017 Projected). The predominant economic activity of the region is farming which involves growing of cash and food crops and rearing of animals.